Have You Ever Wondered How Acupuncturist Dr. Toni Twitty Got Into Acupuncture?  Here’s Her Story: 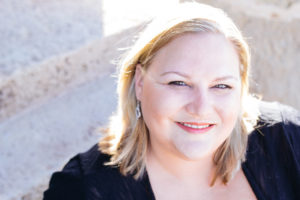 I became an Acupuncture Physician to help people transform their lives in the profound way in which my Acupuncturist helped me change mine.

I was definitely a skeptic. I decided to give Acupuncture a try after Western Medical treatments had failed to provide relief for debilitating neck and shoulder pain. I was 25, my marriage was on the rocks, I hated my job, and I had neck and shoulder pain so bad that I would literally walk around the house and just cry. Sometimes it would get so bad that I would get migraines that crept up from the tension in my neck all the way to my eyes. My hands would go numb all the time. I would wake up with my hands balled up in fists that I couldn’t relax until they decided to ‘wake up’ and the numbness would ease a bit. I was scared and I miserable in body, mind, and spirit.

One day, my Aunt told me that I should try Acupuncture. I was more than skeptical and I protested that it wouldn’t work- after all, I had tried everything and never gotten any relief. MRI’s, epidural steroid injections, patches, pills, physical therapy, massage, therapy- you name it and I had tried it.  I was also desperate… So desperate, in fact, that I eventually took my Aunt’s advice and after lots of debate I scheduled an appointment with who I secretly hoped would be someone who could help me although I was sure they wouldn’t be able to.

I went into my first Acupuncture appointment with sweaty palms. I almost turned around and went home several times as I was convinced that there was no way acupuncture could be painless. I’d also recently had a test for carpel tunnel- which let me tell you I did not have as each shock the guy did was most definitely felt by yours truly. ‘I had been poked and prodded and none of that worked, acupuncture wouldn’t be any different’, I thought. For whatever reason, I kept the appointment. It was totally weird. The Acupuncturist asked me what I had going on, looked at my tongue (say what?!) and had me lay down. She started poking me and surprisingly, it didn’t hurt. I was still crazy nervous and acutely aware that my palms were now so sweaty that they were literally dripping. It was totally embarrassing.

I “relaxed” for about 30 minutes- by relaxed I mean that I thought up approximately 5000 questions to ask the Acupuncturist once I was through. You see, this was a very stressful time in my life and I had become accustomed to being on edge at all times. I wasn’t sleeping well. I was unhappy. I hate my job. Plus I had this pain. I was totally stuck. When I got up from that first session I felt drunk- like debated in my head whether I should drive or not drunk. My Acupuncturist explained that what I was feeling was my body finally being able to relax since it was better aligned. She said that I should actually feel this way all the time. Clearly, she was insane- I needed to maintain my overly anxious, worried persona in order to survive! How could I do that while drunk?!

I was please that my pain was greatly reduced and I figured that this was what acupuncture could do for me- it could me make me feel trashed and take the edge off the pain. It was worth a shot, I told myself. I did ask my 5000 aforementioned questions to which my practitioner responded by handing me a book with a casual, “It’s really hard to explain and I can tell you really want to know the answer. Read this.” Slightly flattered that she thought I was intelligent enough to deserve the real answer, and slightly annoyed because reading books really made my neck hurt, I took her book. It was, “The Web That Has No Weaver,” by Ted Kaptchuck.

Acupuncture is not a one and done type of treatment is what I learned. You’ll feel great, and then your symptoms will creep back, but don’t give up because it is working. It just takes time. I am the worst patient ever and did not initially follow my Acupuncturist’s recommendation that I come in 2-3 times per week until we really had a hold on the pain. Instead, I decided that I knew better and that, if I came back, once per week would totally do it. She assured me that I would get better with time, so took a leap of faith and I booked another appointment for the following week- a fact that I knew she was unhappy about… That was day 1. By day 3 I had slipped back into severe pain and I was pissed! I called my Acupuncturist with the intention of cancelling, and demanded to know why I was in so much pain if this was supposed to work so well. She explained that Acupuncture, like medication, builds in your system. As the days wore on, the alignment that I had experienced had worn off as my body eased back into its old ways. If I wanted lasting change quickly, I was going to have to bite the bullet and come in more often. I had a long talk with my then husband, and we agreed that I was miserable and it was worth it for me to be the me that I had been after that first acupuncture treatment.

Walking the Dao.  During my treatments, I realized how unhappy I was. I blame the acupuncture. No really- I think I became acutely aware of the things that were dragging me down and I became empowered to do something about them. My job- it was no longer offering challenge and I’m a person who needs constant challenge as I must consistently grow. So I quit my job and opened a store. I’m a planner, people. I still can’t believe that I pulled it off without a complete flip out, but I did! Whats more, I sold that store for a major profit to a competitor just a few months later. Which turned out to be really great because I needed to get out of my miserable marriage. Which I did, right before I moved to Florida and started Acupuncture college. At the end of Acupuncture college I was totally broke, which lead me to work the Oklahoma State Fair with my Aunt and Uncle selling cowhide and sheepskin rugs. At the fair, I met a man who arranged for me to interview for a job at a hospital. I had worked the fair, but even with that money I was broke. I had just enough sky miles to get the flight and hotel to come back to Oklahoma City to interview for the job. They hired me to start up and run their new Acupuncture department. I met the love of my life weeks after moving to Oklahoma City. He gave me the opportunity to open my own Acupuncture clinic. This is what is referred to in Chinese medicine as, “walking the Dao.” When you are on the right path in life, things come to you and work out just as they should. Trudy helped me find my way. She freed me from pain, and in the process helped me become the best version of ‘me’ that I could possibly be.

Have I faltered? Yes.

Has everything been butterflies and rainbows? Not a chance!

Am I where I am supposed to be? Definitely.

My Story was last modified: November 9th, 2017 by Toni Twitty