More than 34 million Americans have diabetes, and approximately 90 percent of them have type 2 diabetes, according to the Centers for Disease Control and Prevention.  Type 2 diabetes, while its exact cause is unknown, develops when the body becomes resistant to insulin or the pancreas doesn’t produce enough insulin. Because of this, treatment often involves taking “insulin sensitizers” or medication that helps the body increase its sensitivity and therefore ability to process insulin, keeping the blood sugar from getting too low. Unfortunately, this medication often causes side effects, including weight gain and anemia. The good news is, for those millions of Americans living with type 2 diabetes, research shows electroacupuncture combined with an insulin sensitizer may be a viable new treatment option. The study was published in 2015 in the journal Acupuncture in Medicine. In it, researchers looked at the effect of the combination of electroacupuncture and metformin – one kind of insulin sensitizer – on insulin-resistant rats. In one group of rats, the researchers only administered metformin. In the other, the rats were given metformin and electroacupuncture treatments, and then they compared several different factors. Overall, the rats that received both treatment types had higher insulin levels than those who just got the metformin. Interestingly, while metformin does improve insulin sensitivity and suppresses gluconeogenesis – a process that makes glucose in the body, it does not actually cause insulin production. Therefore, the researchers attributed the higher levels of insulin in the metformin and electroacupuncture group to be due to the acupuncture treatments themselves. The researchers also compared two other indicators of insulin production and absorption between the two groups and for each of the indicators, the rats that also received electroacupuncture performed better. Of course, human clinical trials are needed, but the researchers were excited enough about their findings that they suggested this combination could be developed as a new treatment option for patients with type 2 diabetes. This study is just one in a long list that has sought to bring the gifts of acupuncture to patients with diabetes.  As always in Traditional Chinese Medicine (TCM), we want to improve your health from the root cause outward to the symptoms, addressing how a patient came to be diabetic as well as the health problems that arise with a diagnosis. TCM teaches it is important to look at all aspects of your well-being, including diet, exercise and mental health altogether, not as unrelated elements.  If you have any questions about acupuncture for diabetes, or you’d like to start a journey to better health before a life-changing diagnosis, please don’t hesitate to get in touch with me. 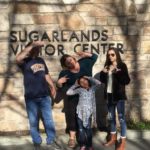 Acupuncture for Diabetes was last modified: March 23rd, 2021 by admin